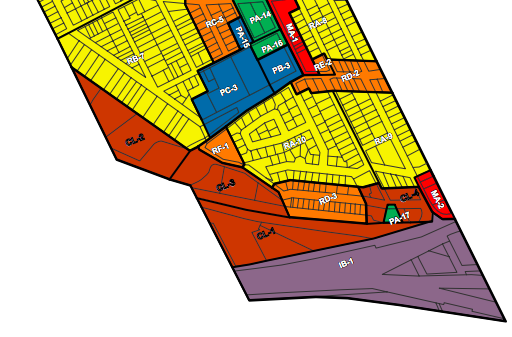 At a sitting held on February 24, 2020, the Municipal Council adopted the first draft By-Law entitled: “By-Law consolidating the Zoning By-Law of the Town of Montreal West and modifying various other of its provisions” and the Urban Plan draft by-law.

A public consultation meeting will be held on March 12, 2020 starting at 7:00 p.m. at the Town Hall (50 Westminster Avenue South). During this meeting the Mayor, or a member of the Council designated by him, will explain the draft by-laws and the consequences of their adoption and will hear the persons and bodies wishing to be heard.

View this legend to better understand how the amendments are identified in the draft by-law.

The purposes of the draft By-Law are the following:
a) to consolidate the provisions of By-Law No. 2010-002 and of its amendments since 2010, following section 365.1 of the Cities and Towns Act;

b) to modify other provisions which are not consolidated, following section 123 of the Act respecting Land Use Planning and Development.

The said draft By-Law contains provisions, among those mentioned at paragraph 3 (b), making it a by-law subject to approval by way of referendum.