The earliest name in connection with this area is that of Décarie who settled the land which is now known as Notre-Dame-de-Grâce in 1653. During the War of 1812, an American army, with the invasion of Montreal as its objective, was repulsed at the Battle of Châteauguay in 1813. In preparation for the possible invasion, the high ground near Avon Road was fortified. A lookout post was built on what is now Easton Avenue and trenches were dug between Campbell and Fenwick Avenues.

The arrival of the railways

The Grand Trunk Railway tracks were laid in 1855 at the south edge of town while the Canadian Pacific Railway tracks were built in 1886. The installation of the CPR tracks split the Montreal West location of the Blue Bonnets race track in two and forced it to move to the north east, where it closed in the early 2000’s (Hippodrome de Montréal). The present CPR station was built in 1905 and is located just east of the limits of Montreal West.

In 1893 a sewage system and electric light plant was installed but only a few houses could be served as the homes were spaced so far apart.

The Town of Montreal West was incorporated in 1897 and consisted of an area of about 400 acres, the same as is it today. At that time there were 50 houses in the Town with a population of 350 persons.

The Town Hall was built in 1910 on the site of a tavern known as the “Halfway House” as this stagecoach stop was located about halfway between the port of Montreal and the Lachine wharf. When it opened, the Town Hall contained a billiard room, a bowling lane, an administration office, and community meeting rooms.

The first school and education

Montreal West’s first school, Aberdeen Model School, was built in 1894. This school was rebuilt in 1931 as Montreal West High School which later became Royal West Academy. The two elementary schools, Elizabeth Ballantyne School and Edinburgh School were built in 1921 and 1959.

During World War II the population of the Town was 3,474 persons. In 1945 the Honour Roll listed 549 names, or 16% of the Town’s population, who had volunteered for active service. This is possibly a record for the British Empire.

In 1997, as a Centennial Project to celebrate the Town’s 100th anniversary, many volunteers from the community purchased and restored the CPR Block Tower at the Westminster Railway Crossing.

Today, the ground floor of the Block Tower houses a museum which depicts the many aspects of community life in Montreal West over the years.

For more detailed information about the history of our Town, please see the book “Montreal West Looking Back” by our Town Historian, David Watson. This book is available at the Montreal West Public Library. 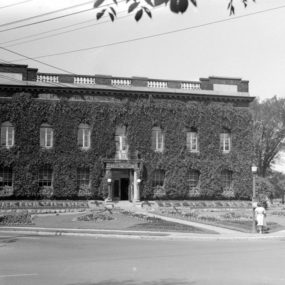 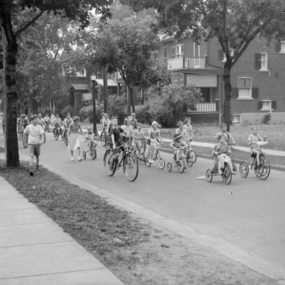 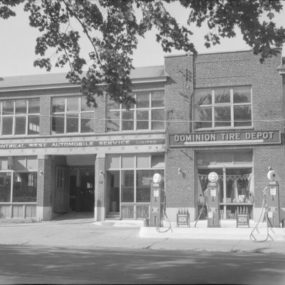 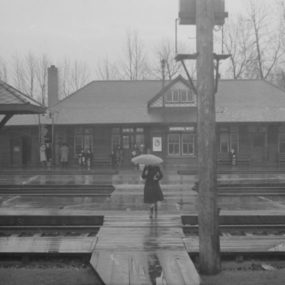 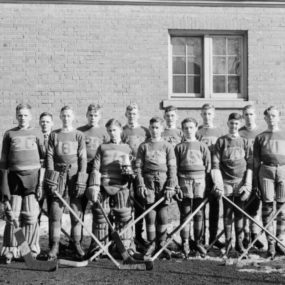 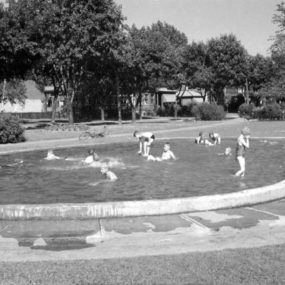