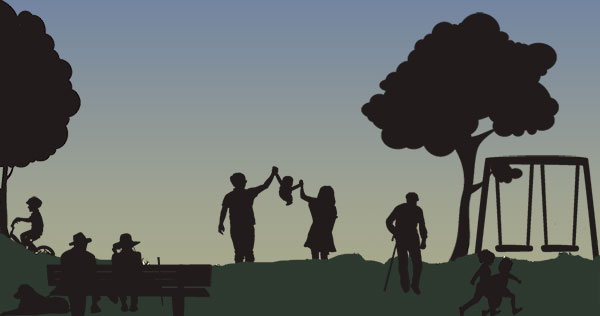 The Town held two public consultations on becoming a MADA certified (age-friendly) community during the week of June 10th. The results of the age-friendly survey distributed in the fall of 2018 were presented by Dr. Christina Wolfson of McGill University and Dr. Shannon Hebblethwaite and Nora Lamontagne of Concordia University. The survey had been distributed to Montreal West seniors in the fall of 2018 as part of the Municipalité Amie des Aînés (MADA) certification process. The presentation of results was followed up with lively and interesting conversations during the round table discussions. Overall, it was an enriching experience for the 80+ residents in attendance.

Key findings from the survey

425 respondents aged 60 and over completed the questionnaire which was based on the eight principal factors in a municipality’s age-friendliness, as determined by the World Health Organization.

Outdoor Spaces and Public Buildings: The majority (70%) of the respondents were satisfied or very satisfied with these aspects. Some exceptions included sidewalk snow removal, night lighting, the condition of sidewalks and traffic.

Transportation: 93% of respondents reported being able to walk unassisted, and 87% reported using a personal vehicle among other modes of transportation.

Housing: 90% of respondents own their own home; 76% live in a single family home; 16% live in a duplex. 60% reported no immediate plans to move.

Social Participation: Our seniors are a very active group, with 82% participating in social activities with family and friends. 25% would like to see more education workshops, walking and fitness classes in the community.

Civic participation and employment: Respondents were very civic-minded, with 97% reporting that they voted in an election; and 63% reported attending a public meeting in the past few years. Almost half (49%) volunteer at least 1-3 hours per week, with 5.5% volunteering 10 hours or more per week.

Communication and Information: 89% of respondents reported finding out about events and services primarily via The Informer. This was followed by word of mouth (54%), Town e-bulletin (42%) and the Town website (40%).

Community Support and Health Services: 96% reported being in good to excellent health. While respondents sometimes required help with various chores such as home repairs and  income tax preparation, 67% reported being able to get this help easily.

Check out the survey report for more detailed results.